The Only 2 Ways To Show Love To Someone | Max Jancar

The Only 2 Ways To Show Love – Choose Wisely 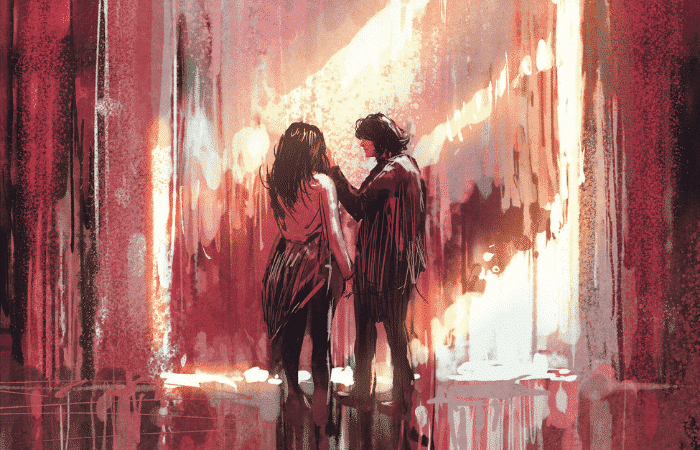 You can either love your partner in a healthy way or a dysfunctional one: the former meaning unconditional love and the latter conditional.

Loving your partner unconditionally is rare, hard to pull off, but produces better overall relationship satisfaction and emotional well-being. But if we flip the script, loving someone conditionally is surprisingly easy, frequent, and often causes immense emotional pain and discomfort in both partners, especially if one of them begins to rebel against the other ones’ conditions.

The two major influences on how a person will give love, be that in a toxic conditional way or a healthy and unconditional one, are the experiences they accumulated in their childhood and their social conditioning.

We could even argue that peer groups influence a person’s views on love and their ways of loving others. Still, I find a person’s childhood experiences a much more predominant factor when determining how they will love the people in their lives.

Now that you have a basic understanding of the two primary ways of loving someone lets unpack each one and examine it further.

The basic definition of conditional love is when you show affection, devotion, and warmth to your partner only when they show up a certain way you feel is acceptable.

A concrete example of conditional love could be when you state: “I only show love to my partner when they stay home with me instead of partying with their friends.” This means that if they do go out and have some fun on their own, you become pissed or resentful and, as a result, and even close off emotionally for a certain period. (depending on the situation)

Another example of conditional love is when you continue to love your partner only if they keep sending messages full of heart emojis throughout the day. But, if they ever send you a standard emoji-free text, you become irritated and rilled up like someone let off fireworks under your ass.

Here’s a more complex example to really burn this concept into your brain.

Cindy is a massive Bear Grylls fan, a famous British survivalist, and an adventurer. She read all his books, bought all his gear, and even has a room plastered with his posters. And while that’s great for her, the issue arises when Cindy begins to force her boyfriend to start loving the same things.

In essence, she tries to convert him into a natural lover of all things survival and Bear Grylls, while he couldn’t care less about those topics.

At first, Cindy was gentle with her recommendations. As a result of her persuasive delicacy, her boyfriend did pick up one of the famous survivalist’s books and started to read it. Cindy loved that her man began developing the same passion as her, so she pushed forward. She bought him more Bear Grylls products, like tents, knives, DVD’s, and books.

But quite soon, her gifting became overwhelming for her lover. Not surprisingly, he began to feel pressured by her. And that pressure just grew and grew as the days went by.

Sadly, Cindy didn’t stop bombarding her boyfriend with Bear Grylls products. She kept shoving the guy’s works under his nose for weeks until one day he rebelled by saying, “I’m not that interested, please stop forcing me to learn more. I have my own hobbies, and you have yours.” At this point, all the arguing started because once he went against his girlfriends’ arbitrary conditions, the love she kept giving him before ran out.

One could even argue that conditional love is all about controlling our partner’s actions and rewarding them exclusively when they’re doing the ones that we want them to do. But when they go against that – when they perform actions that we don’t like, we lose control over them, and as a result, our love suddenly gets replaced by contempt, anger, and frustration.

This emotional turmoil is the sole reason why conditional relationships are so unhealthy and destructive to your own and your partners’ sanity and well being.

THE THREE HORSEMEN OF BAD WAYS TO SHOW LOVE

Fame, money, and looks the most common ingredients of virtually any conditional relationship. They are also the sole reason why these kinds of relationships are shallow, superficial, and devoid of any deep meaning. Let’s explore each of the ingredients in turn.

Suppose you settled down with your lover because of the ungodly amounts of cash they inherited from their grandma. In that case, you have a relationship with their money and not them.

I also noticed that people who based their entire relationship on trivial things such as fame, money, and looks, often crave nothing but social status. Put differently; they want to be someone known as striking. They want to elicit envy in others and hear things (or make people think) like:

In general, conditional relationships can always go both ways: you can use your hot lover to get approval and praise from your friends, and they keep you around because they love to live in your trillion-dollar mansion. Basically, you love your partner’s looks, and they love your money—tit for tat.

But here’s the kicker: if one of those elements ever vanishes, the love stops, and the relationship begins to fall apart.

Take it any way you like, but the above scenarios are prime examples of shallow and short-lasting relationships formed on conditional and immature love.

I would even dare to claim that conditional relationships aren’t even relationships because the emotional connection that forms in healthy relationships never solidifies in them. The reason for this is because you’re not bonding with a person but with something external to this person.

Ultimately, any form of conditional relationships are immoral and unjust because you’re not treating your partner as an end but as a means to an end. And according to Immanuel Kant, that’s a big doo-doo.

And to top it all off, along with the general drama and discomfort conditional relationships bring, they also make people lonely. I mean, think about it. You might have a partner next to you physically, but are they on your side emotionally and spiritually?

Unconditional love, also sometimes referred to as “true love,” means caring about your partners’ well-being no matter what. It refers to loving them without any restrictions and is, at its core, an entirely selfless act.

Unconditional love doesn’t mean that you think, “I will only love my partner if they show up the way I want and do what I say.” It means you love your partner for who they are, let that be fat, thin, happy, sad, depressed, wealthy, or slightly crazy – it doesn’t matter; you accept them, their faults, and their weaknesses.

Unconditional love can even mean loving the other person when you’re not together anymore.

This way of loving most often transpires itself when we have a taste of adulthood. However, there are still people in this world who never reach this stage. Men and women who are still trapped in the “I show you mine, and you show me yours” mentality that’s solely based on what they can take from their relationships and vice versa.

Unconditional relationships are also the ones that not only have the best chance of standing the test of time but can also withstand most of life’s attempts to knock them down.

Sounds cool, Max, but what if the person I’m with treats me like a second class citizen? What if they keep yelling at me or even abuse me. How can I love anyone unconditionally in situations like that?

While it’s true that unconditional love means loving someone with no strings attached, it doesn’t mean you neglect or sacrifices your needs and desires for another person.

In fact, you must enforce boundaries in your relationship around what behaviors you find acceptable and which ones you don’t when it comes to your partner.

If your lover violates your boundaries (for instance, they don’t let you go out with your friends because they get insecure), you stand up for yourself, tell them why you have or want to do what you’re about to do, and kindly tell them to not get in between you and your desired behavior. After you communicate this to them, you have to stand by your decision.

If your lover keeps trying to manipulate, cajole, or force you to change or conform to their ways, you must be willing to end the relationship.

I know this sounds scary, but you need boundaries to have healthy relationships. If you don’t set and keep any, you can get abused and taken advantage of by your partner. Consequently, you lose respect in their eyes, which further contributes to a loss of trust. And when that happens, the whole relationship begins to rot from the inside out.

The shift in WAYS TO SHOW LOVE

How can you shift from loving your partner conditionally to loving them unconditionally? I wish I could tell you that there’s some painless way to do it, some three-step magical formula, some bandage solution, but there’s not. There’s really nothing like that out there.

If you want to change a conditional relationship to an unconditional one, you first must stop accepting your partners’ unreasonable conditions. Then you have to learn how to set and keep the required boundaries and let go of any other arbitrary requirements you think your partner should follow. Because if you’re in a relationship where your partner loves you conditionally, there’s probably a chance you’re treating them the same way. It’s proven that similarities attract.

Maybe this shift from a conditional to an unconditional relationship sounds painless to you. If that’s the case, you’re probably wrong. In reality, this shift involves a harsh pain period.

If you’re the one who loved your partner conditionally and you just began improving your relationship, you may find yourself in some form of an identity crisis. And if you just started rebelling agent’s your partners’ conditions, they will probably blame and criticize you for some time.

In the first scenario, your partner closes off and leaves you, which is a good thing since their behavior proves that they’re incapable of loving you for who you are.

In the second scenario, you leave your partner because you just can’t stand the drama anymore. Good choice.

In the third scenario, your partner begins to love you for who you are, warts and all, despite having difficulties handling your newly established boundaries at first. Again, it’s a win.

Creating a solid relationship one takes time, and hard work, and maintaining one is even more difficult. But hell, at the end of the day, it’s worth it, especially when both partners shower each other with love without any strings attached. Those relationships are the best.